The first group of Somalis are finished, and in fact already dropped off at Eureka Miniatures so that Nic can work his magic and make the mould.... hooray! The Somalis have been on my workbench for a few months, first building the dollies (which are basic figures, just a torso, legs and head) then creating what you see in these photographs. I intend adding a second set which will be basically the same except that they will have scarves covering their faces. 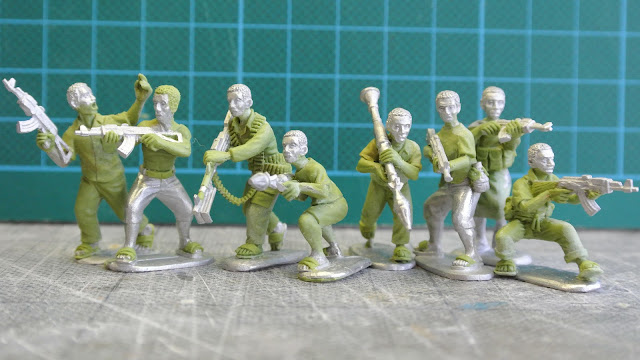 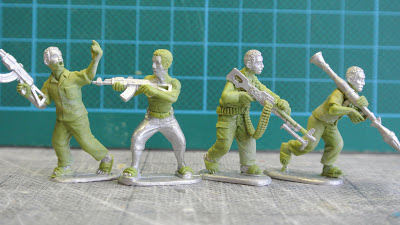 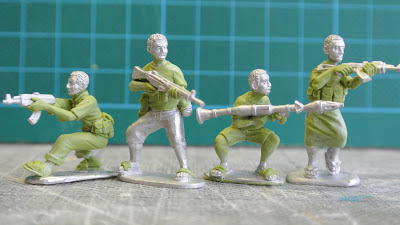 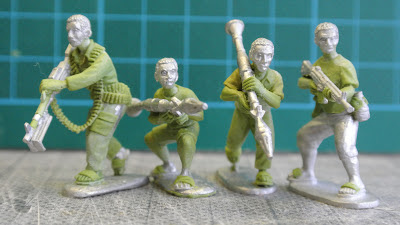 I'm really happy with the of poses in this set, ranging from the eccentric to the more competent.
Three figures are missing from these photos, the set has eleven in total. 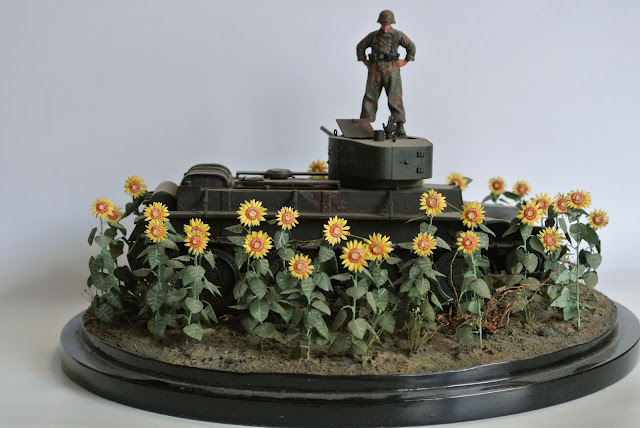 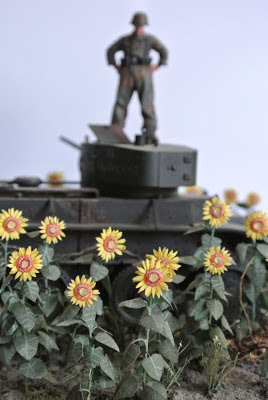 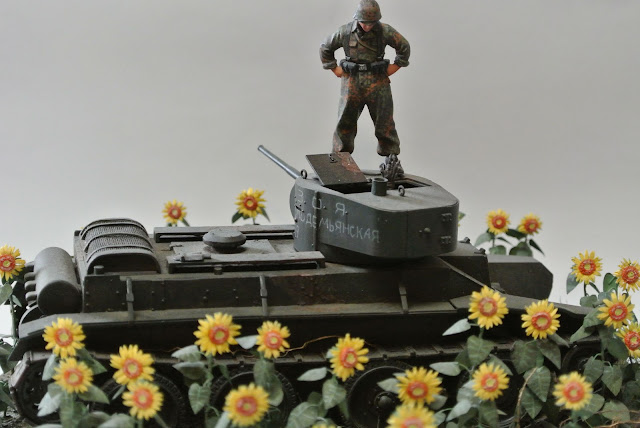 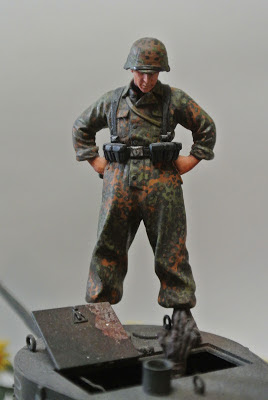 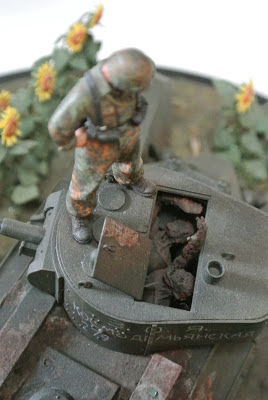 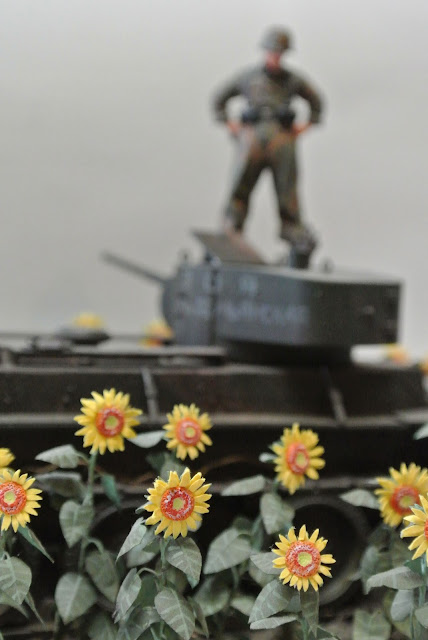 I made this BT-5 and sunflowers diorama many years ago. The 1/35 BT-5 is the old Zvezda model, while the German soldier is a Hornet product. The sunflowers were scratchbuilt using paper and wire and the remains of the two crewmen were also built from scratch; they were some of the first figures that I ever sculpted.

The inspiration for this diorama was a photo in one of the old Time-Life World War Two books of a Soviet tank standing in a field of newly grown sunflowers. The sunflowers very much suggest the Russian steppe to me, while the presence of the unfortunate crewmen, while shocking, is meant as a counterpoint to the living sunflowers.