These join the 1980's Soviet troops shown here and here, which are already available here at the Eureka web store, or here at Eureka Miniatures USA.  They are designed for wargaming Soviet-Afghan War and 'what-if' Cold War scenarios. 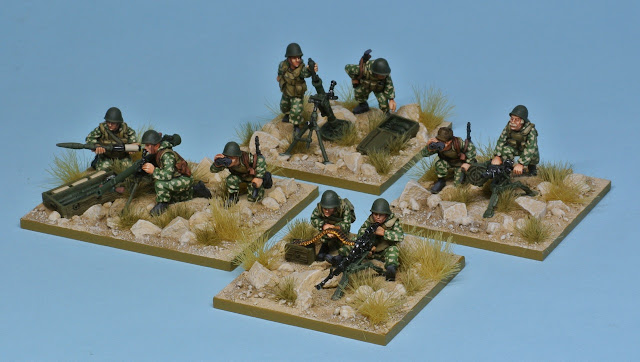 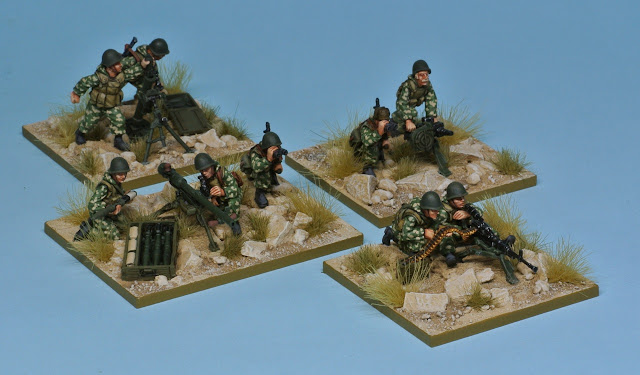 As the sculptor and designer of these figures, I first needed to decide the overall look that I was going to go for with the uniforms. Soviet soldiers deployed to Afghanistan during the 1980's wore a wide range of uniforms, which also changed along the duration of the war. In the end, I decided to match the infantry sets that I'd already made, which is primarily a KLMK camouflage suit, over which is worn the 6B-2 flak jacket. Some figures' flak jackets are variants with integral pouches and pockets for AK magazines or grenades, others wear chest-rigs or webbing.
The Soviet engineers in the below photo are an excellent study of this combination. 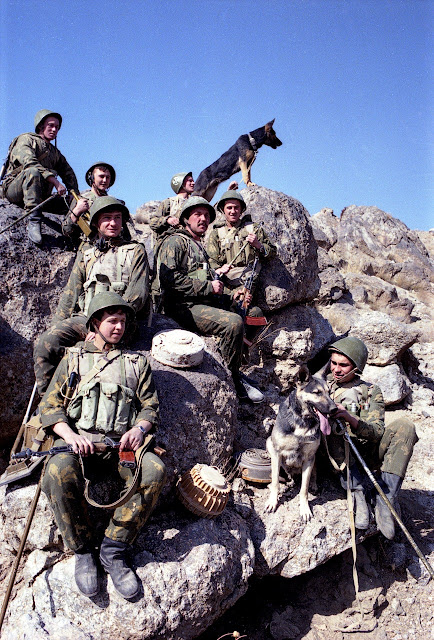 First is an  SPG-9  Recoilless Rifle with three-man crew. 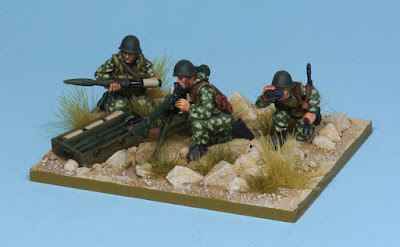 Next is a standard  82mm Mortar with two-man crew. 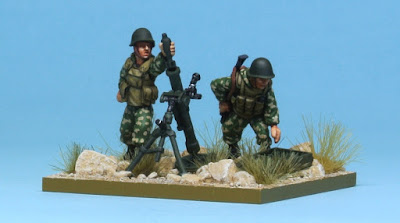 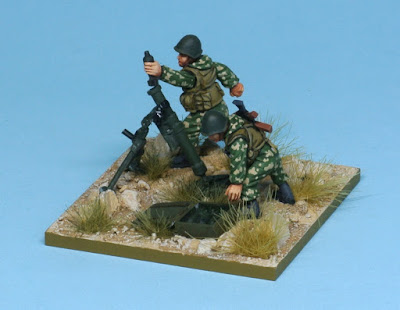 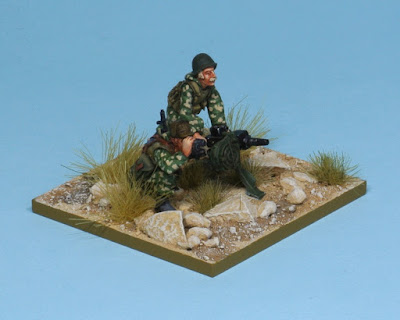 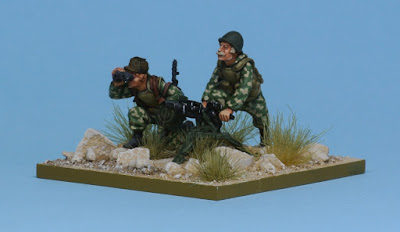 And lastly is the NSV  Heavy Machine-Gun with two-man crew. While the above weapons are already available with the  Afghan Guerilla figure sets, this one is newly mastered. Extra NSV photos below. 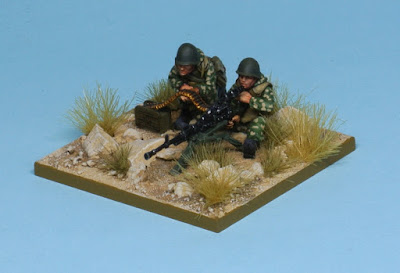 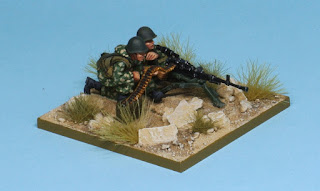 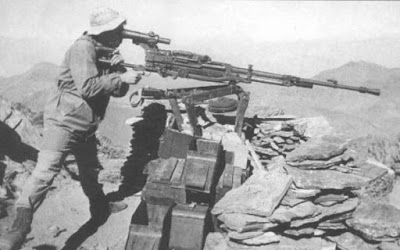 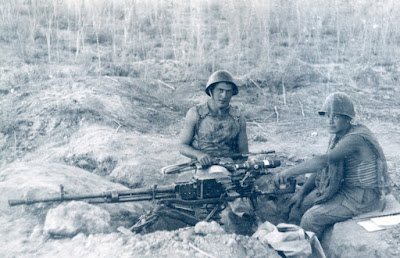 Scroll down for the painting guide available here.
Posted by Kosta Herko at 21:00 12 comments: