In addition to sculpting the Australian troops featured in my last post, it was always my intention to sculpt some Papua New Guinean soldiers for Eureka Miniatures' 28mm World War Two range.

I had come across a short but excellent article in Wartime magazine and also found a few useful photos in books and magazines that I had on my shelves. A few quick image searches online and I had plenty of info and perhaps more importantly, inspiration to make a set of figures a reality.

During World War Two Papua New Guineans became famous for the invaluable role they played supporting Australian troops in the fight against Japanese forces. No fighting force can function without supplies, so the muscle power that Papuans used as bearers, to transport supplies through, up and over the brutal terrain of New Guinea was all-important.
It is, however, as stretcher bearers who assisted and transported wounded Australians that these men are better remembered. They were affectionately known as the 'Fuzzy Wuzzy Angels' by Australian soldiers who they carried from the battlefield back to first aid posts and transported to field hospitals.

Less well-known are the troops of the Papuan Infantry Battalions, six battalions of which had been raised and trained by war's end. They scouted Japanese positions and set up ambushes, but also guarded rear-areas and landing strips.

Find below images of ten figures I have constructed using a set of dollies that I'd made. For the uninitiated, dollies are a sort of blank or basic figure figure that is used to create a number of poses, so that the sculptor is not starting from scratch for every figure.

Also below are some photos from 'Khaki and Green' which was an Australian government publication from the period, plus another neat photo of some Papuan men wearing helmets. Note the photo of the Papuans receiving instruction in the use of a Bren gun; the men are wearing Australian Army style identity disks, something I'd not seen in other photos of Papuan infantry. The figures I've sculpted do not have identity disks, but I will add a Bren team to the set before release. The white metal areas of the figures have not photographed so well, but hopefully you'll get a good idea of what the finished figures will look like. No release date on these yet! 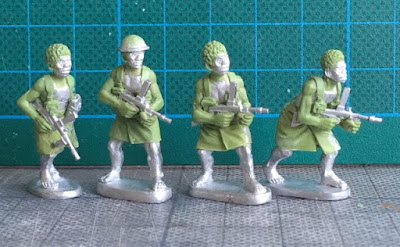 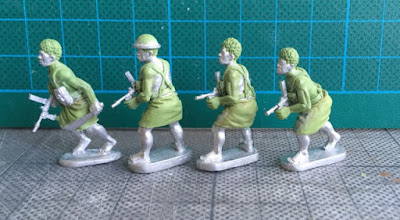 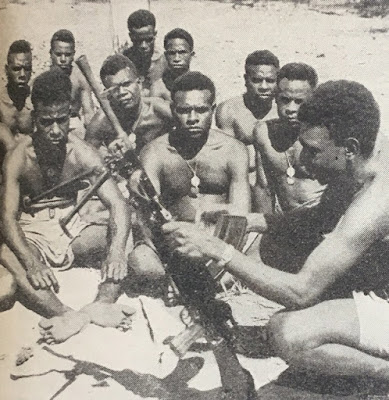 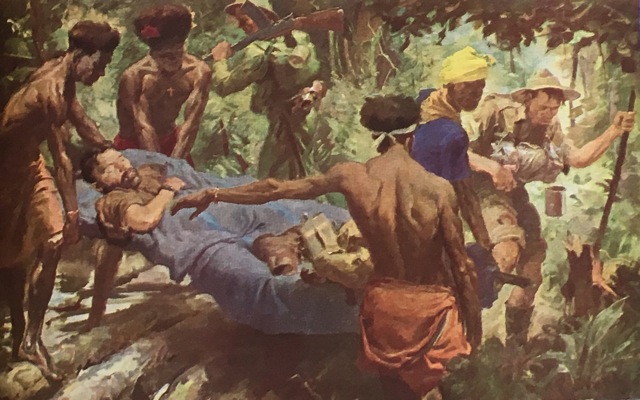 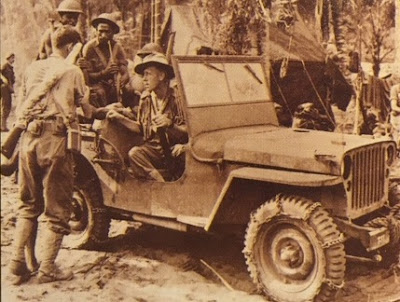 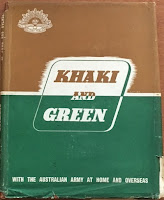 I recently sculpted these World War Two Aussies, pics of some of the greens have appeared on the Eureka Miniature FB page.
These photos are of a selection of the figures that I've painted for Nic Robson to display on Eureka's stand at this year's Salute in the UK.

Like a lot of people of a certain age, I grew up playing with classic Airfix toy soldiers, and one of the best sets in terms of sculpting and animation was the World War Two Australians.

It seemed natural then, that when tasked with sculpting some WW2 Aussies for Eureka, that influence would be easy to see, though I've restricted the homage (or shameless pose-stealing) to only a few figures. Helmet-wearing variants are also on the way.

These miniatures represent Australian troops in Papua New Guinea, with a series of very well-known photographs by George Silk of the fighting at Buna being one of my main references, though a number of photos of Australian Independent Company Commandos proved very useful.
The soldiers in these photographs were much better supplied and so presented a far more uniform appearance than the Milita troops who fought the Japanese in the Kokoda battles. 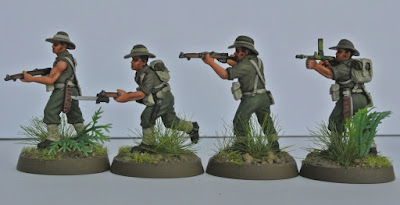 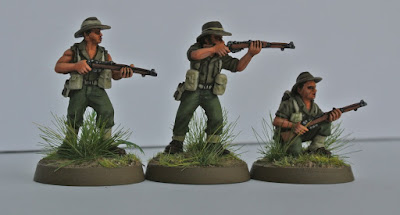 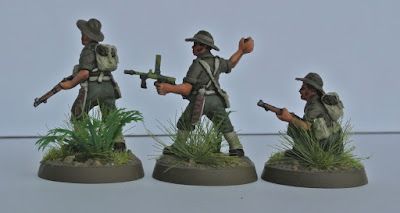 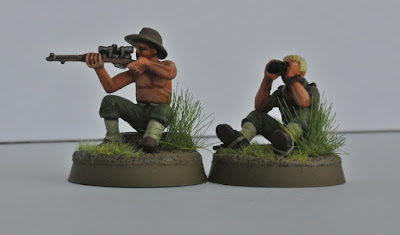 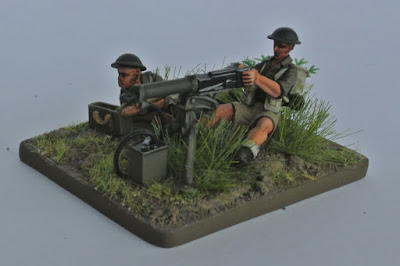 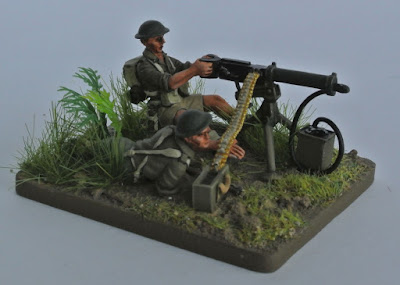