Allow me to share some images of these 28mm 1960s Yemeni rebels that are hot out of the mould. I didn't manage to snap any photos of the greens, so here are the pre-production castings that I've run a black wash over. There are seven figures in this set, which is intended to oppose the British troops in Aden set.

Their attire is perhaps more representative of Yemeni tribesmen in Radfan rather than the urban guerillas that operated in Aden itself, but these fighters wearing traditional dress, including janbiya were something I'd wanted to sculpt for a long time, so here they are. 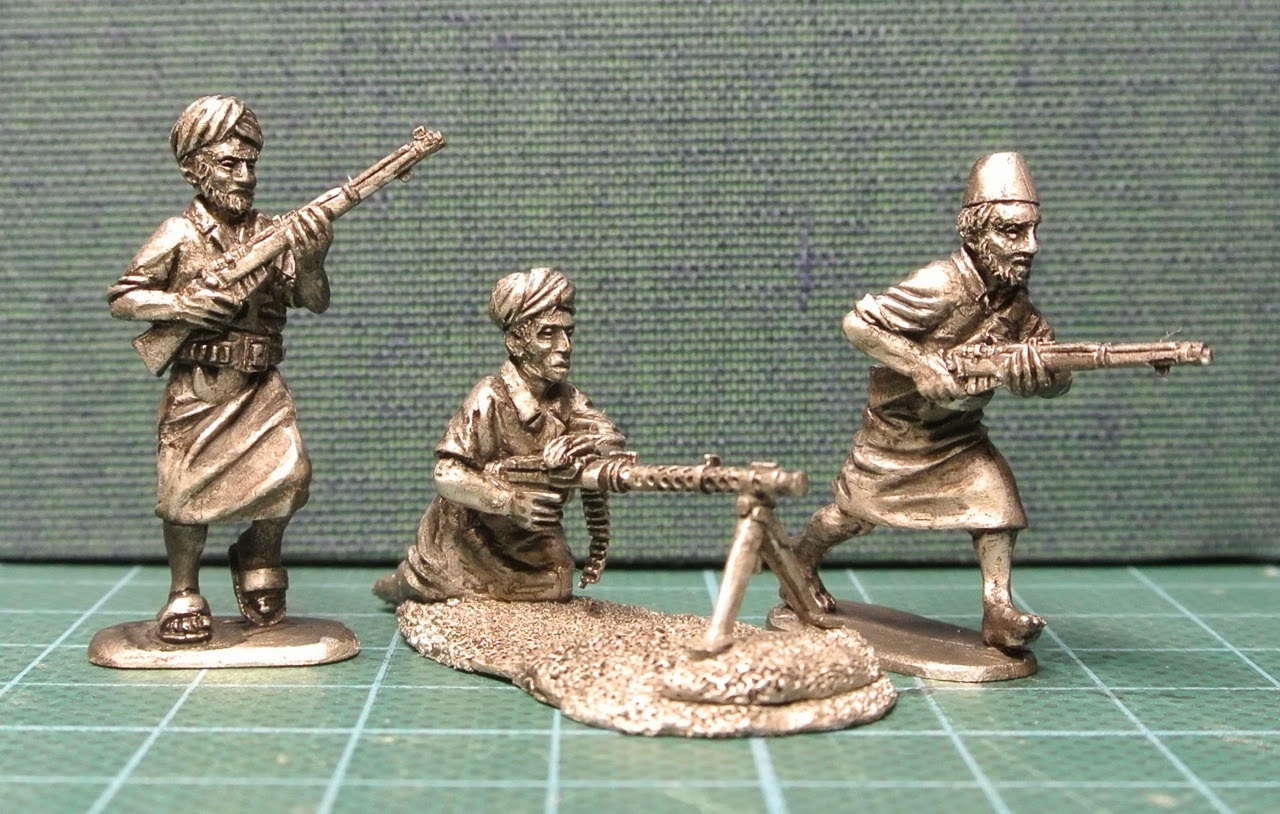 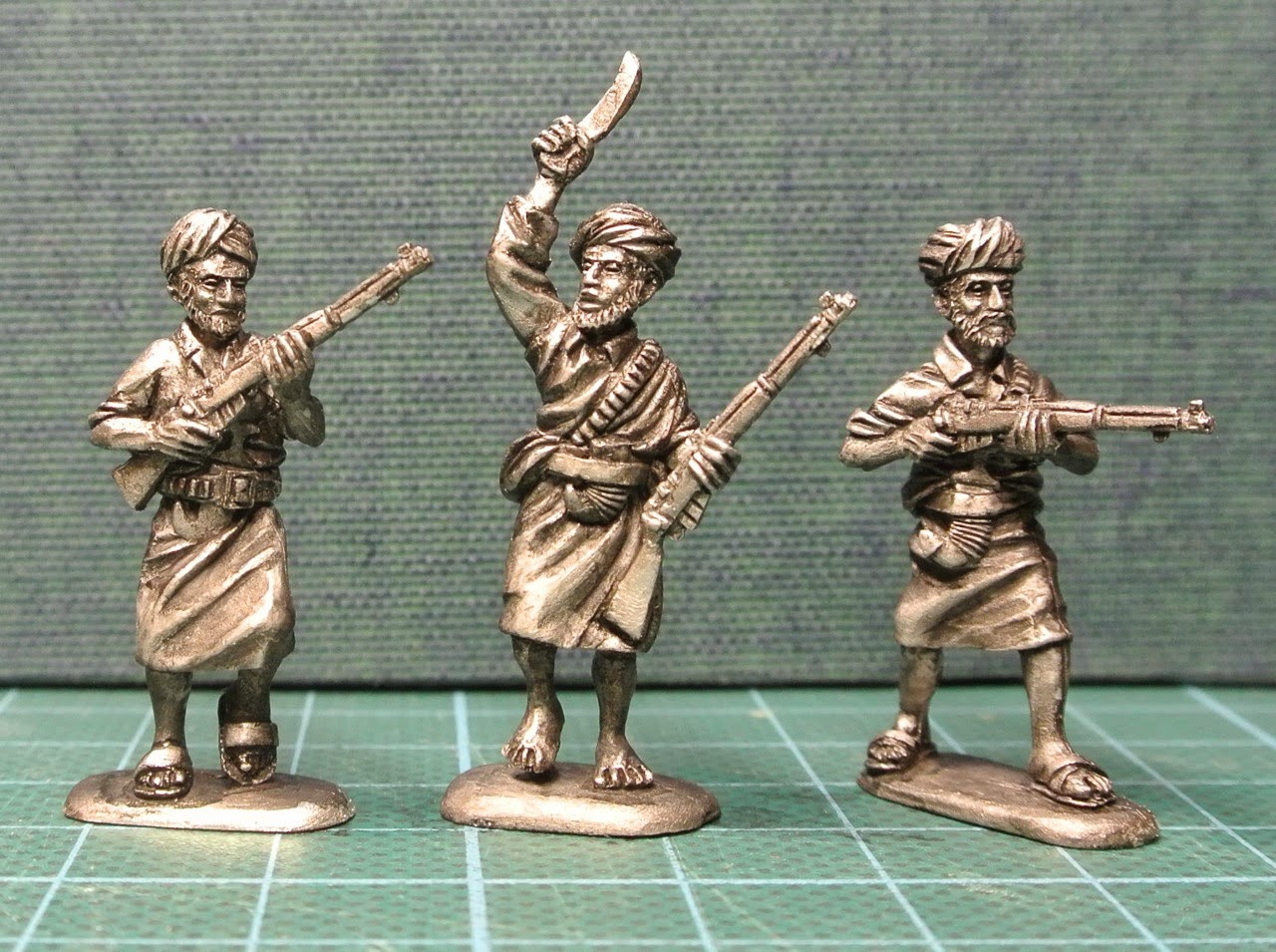 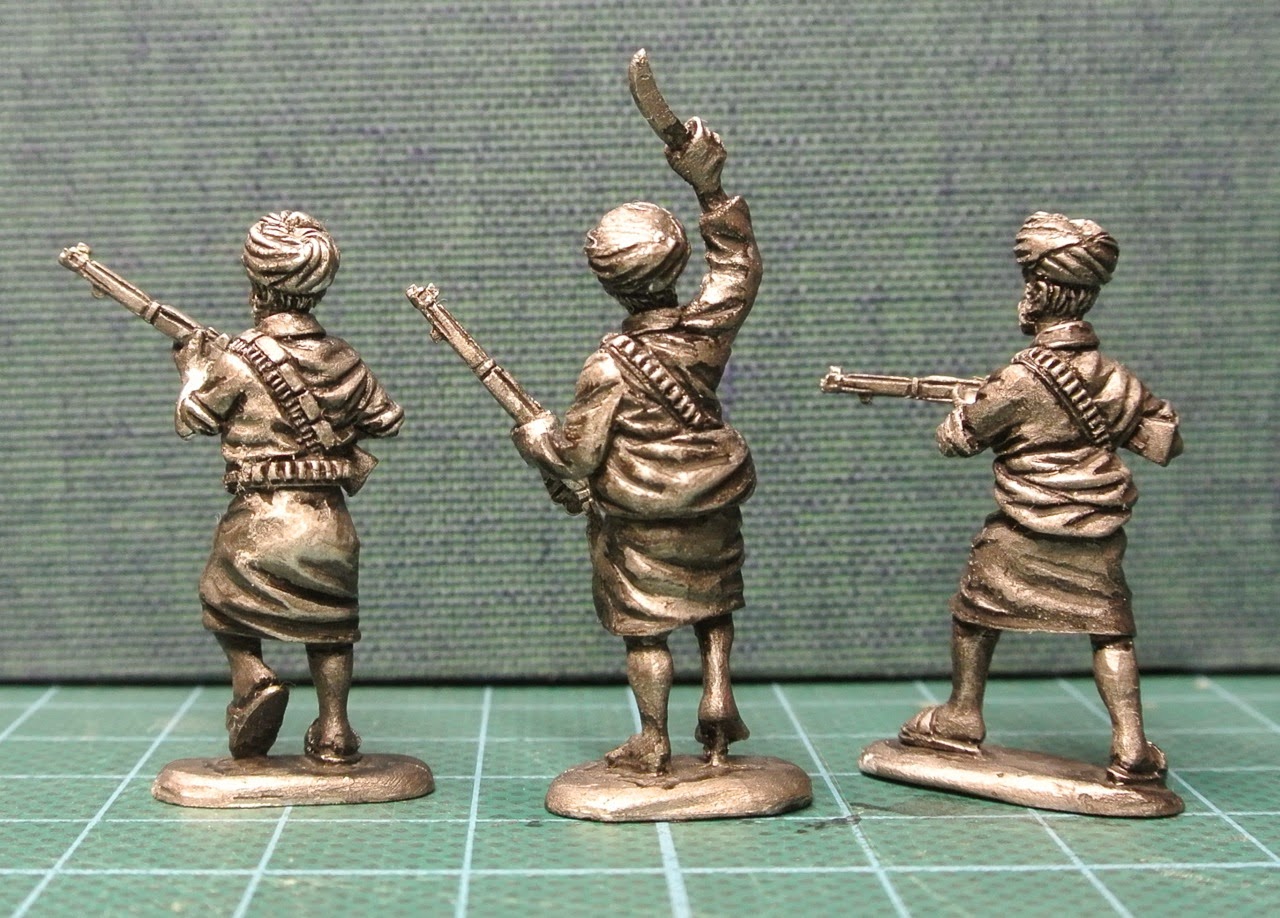 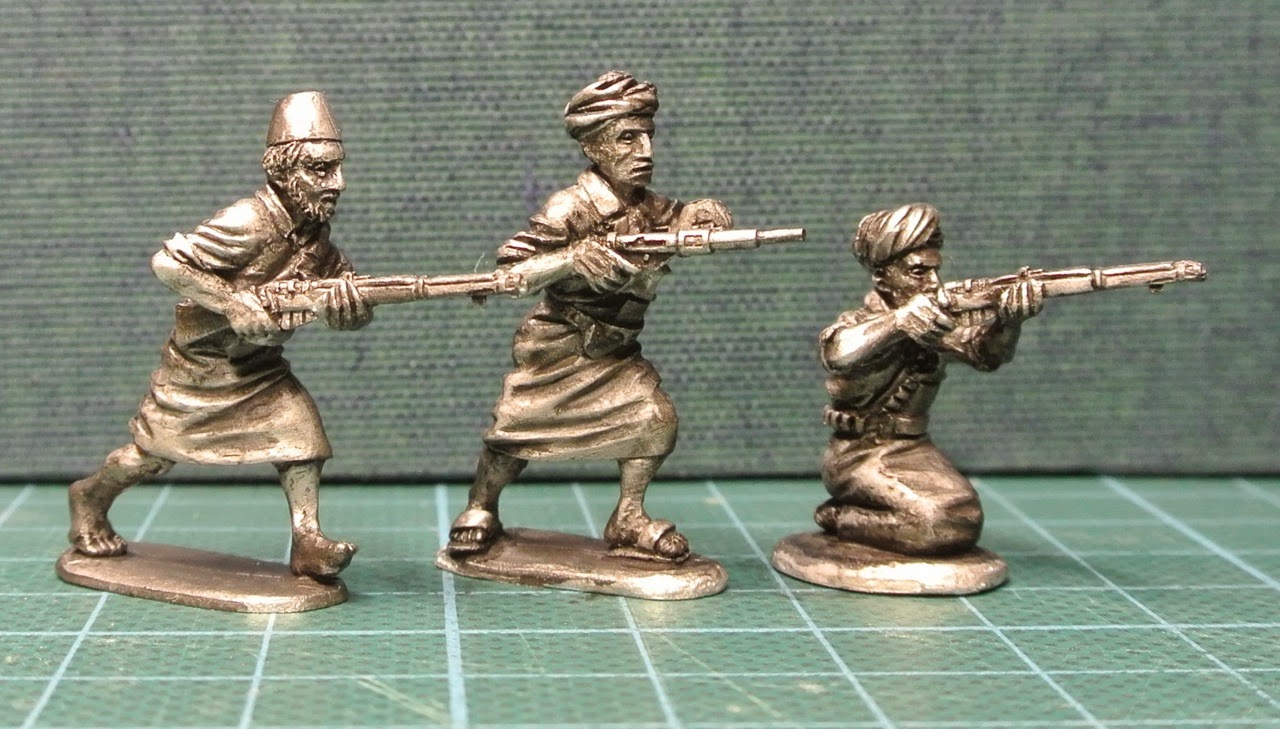 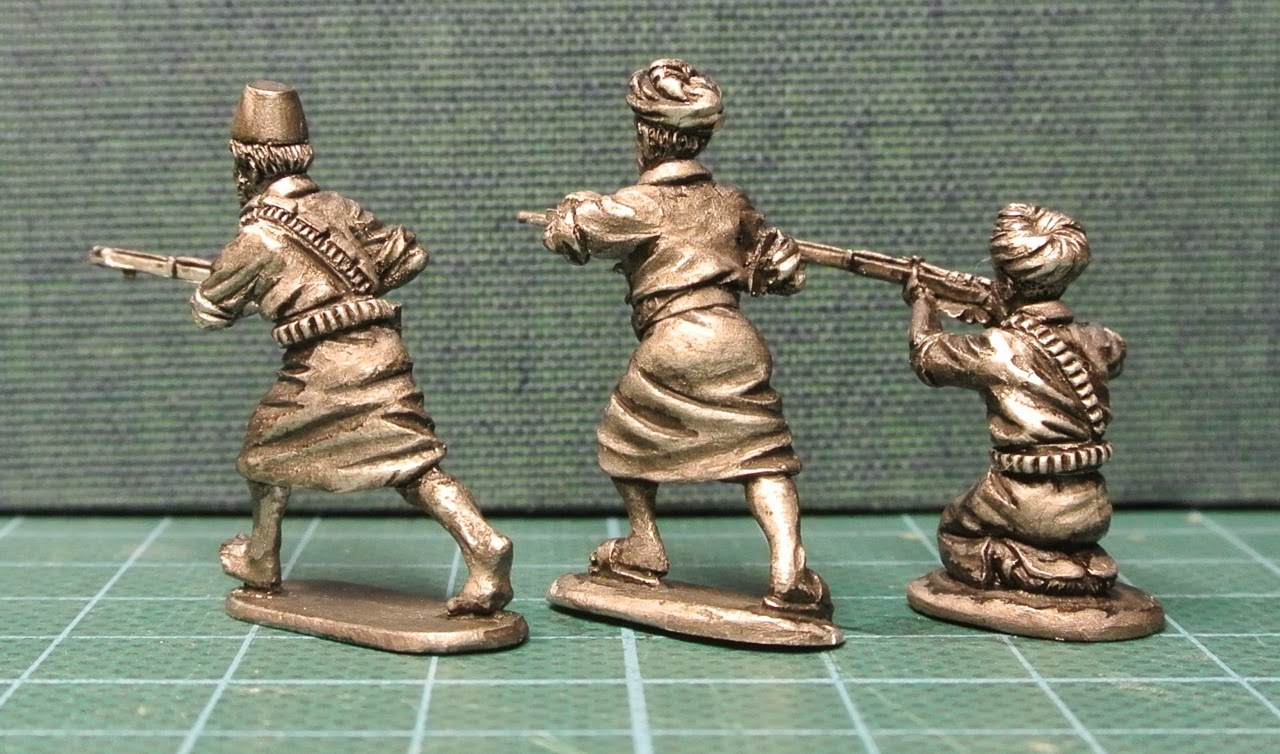 Photos from the period show turbans being worn in many different styles, as well as the odd fez, making these figures useful in historical as well as pulp settings - I have to admit I was looking at lots of Hergé drawings while sculpting these.

I did manage to find some good period photos, mainly from the period when these tribesmen were fighting against the Egyptian army in the North Yemen Civil War.

"Give me the child at seven and I will give you the man" is a quote from someplace - These Yemeni stamps have been in my possession since I was a boy, proof of my Dad's ongoing encouragement to get me into stamp collecting. I've modelled the figure with the MG 34 largely on one of these illustrations. There are eight stamps in the set, which I'll post in full at some point in the future. 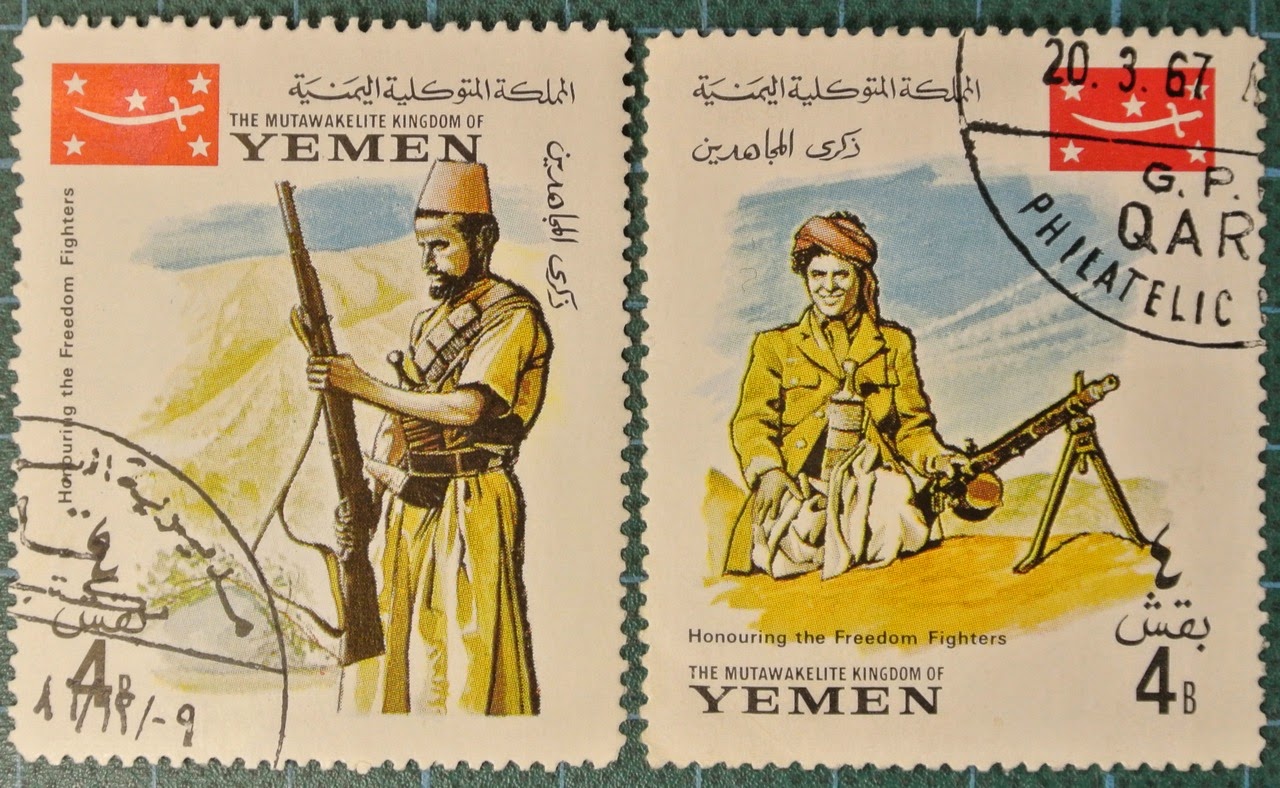