These 28mm figures are part of an upcoming set of modern American Marine support and specialist troops that I've been working on. I'll reveal the full set when they're ready for release but in the meantime I'd like to show these off.

The Barrett M82 is the same one I made and used for Eureka's 28mm Force Recon Marines way back in 2010, but with the addition of a Picatinny rail to bring it up to modern spec.

The monocle scope with tripod is actually a three piece model and I'm sure I'll find some future sets to incorporate it into. The bipod for the rifle and a small wall-section will be included with the set. 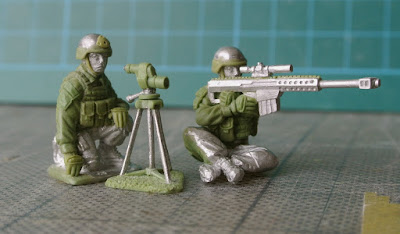 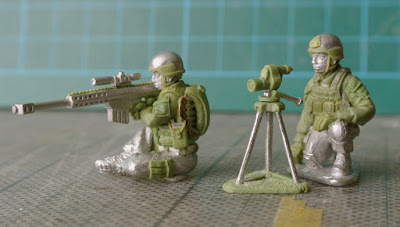 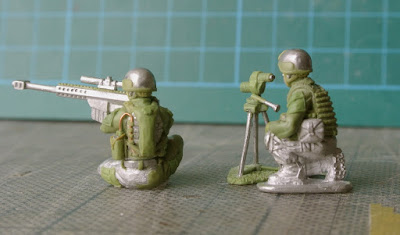 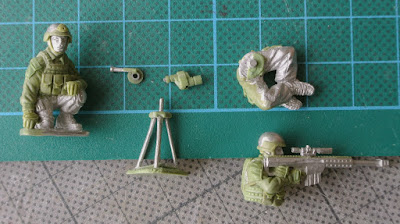 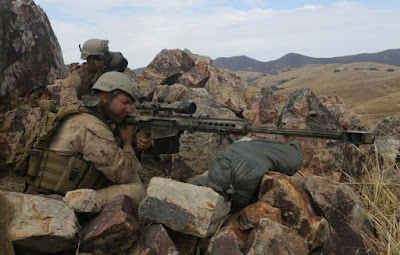 Above is the photo that pretty much inspired the set, with apologies to the lefties/southpaws out there.