With a cupboard stacked with model kits and a not inconsiderable lead pile, I thought it was about time to pull together my Fallschirmjager force for the Mediterranean theatre, in 20mm. This will be suitable for World War 2 battles in North Africa, Sicily and Italy.  First off, what I have to work with/complete to make this project a reality:

I started with some 75mm Pak guns. These come as an extra in the Fujimi Panzer 1 kit, which I bought for my long-running (read: never finished) Spanish Civil War Nationalist Army. 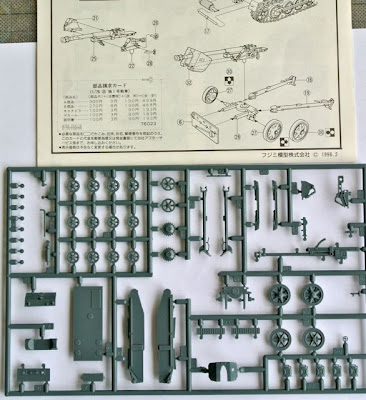 Next I built me a couple of the new S-Model Nebelwerfers. These are made in China and you get 2 in each box. The kit represents the 21cm Nebelwerfer 42, which has 5 rocket tubes.

I also made a start on the Esci Werfers. This old kit has been sitting around in my cupboard since last century and I have to say it feels good to finally build it. It comes with crew figures in Winter gear that I'm not going to use. You get 2 launchers in the box. It represents the perhaps more familiar 15cm Nebelwerfer 41, which has 6 tubes.


That's all for now!
Since AB does not make a Nebelwerfer crew in tropical gear I am beginning to think that I'll have to sculpt one...  I'll have updates on this project as time allows between my regular sculpting posts.

Here are seven new figures to start this new range off with. The first set are in patrolling poses and wearing bush hats and belt order. Yemeni hill tribesmen, as well as Glengarry and beret wearing British troops are planned. 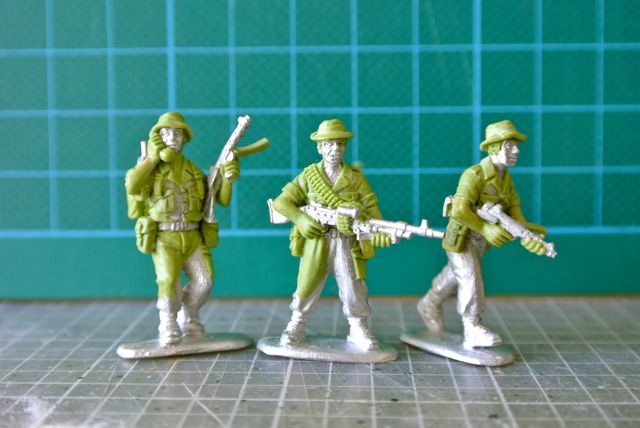 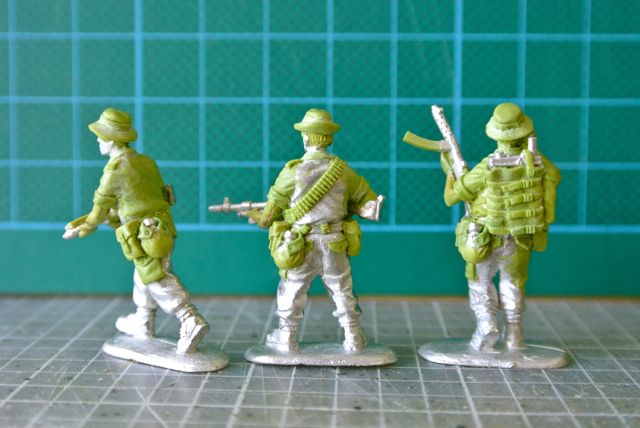 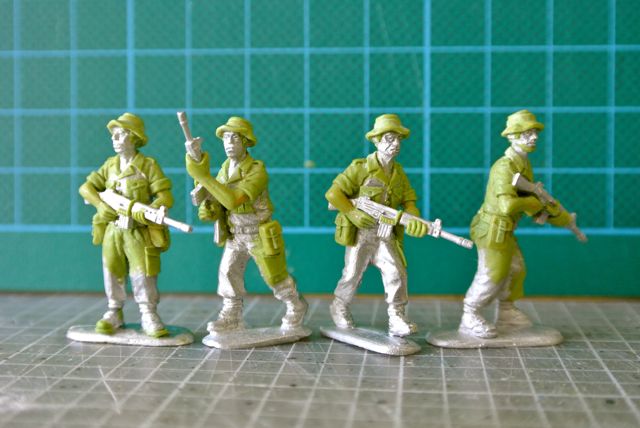 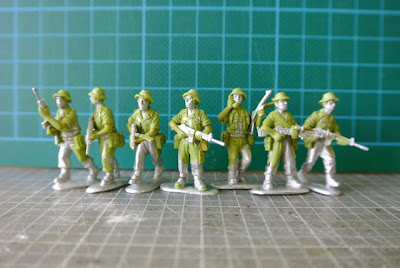 I've spent the last couple of days painting my Somali militants. The skin areas are painted using Humbrol enamels and Winsor & Newton oils. GW paints for the metallic bits and Vallejo acrylics for everything else. 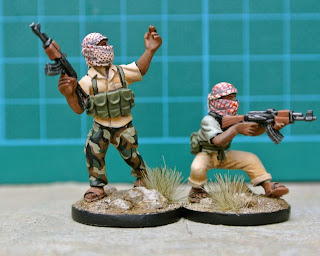 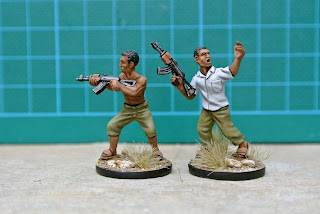 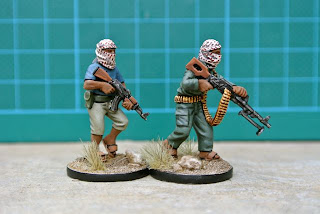 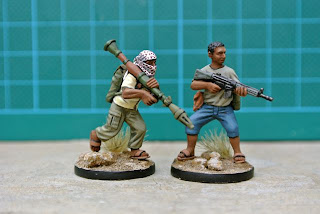 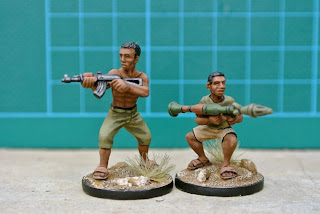 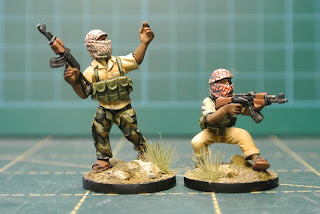 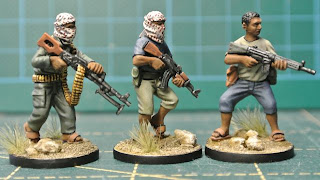 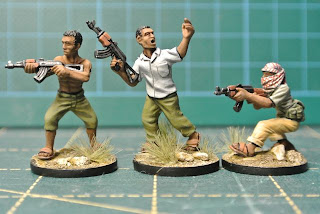 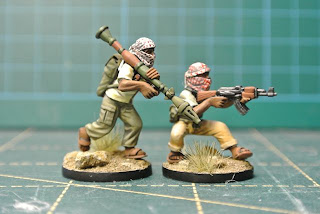 I finally got this little sucker finished after a few ups and downs during the build process.
It is an AGS-17 Plamya (flame) Automatic grenade launcher, which fires a 30mm round. I've made an Afghan guerilla to man the thing. As with so much Soviet kit it is used by many armies and guerilla groups around the world. 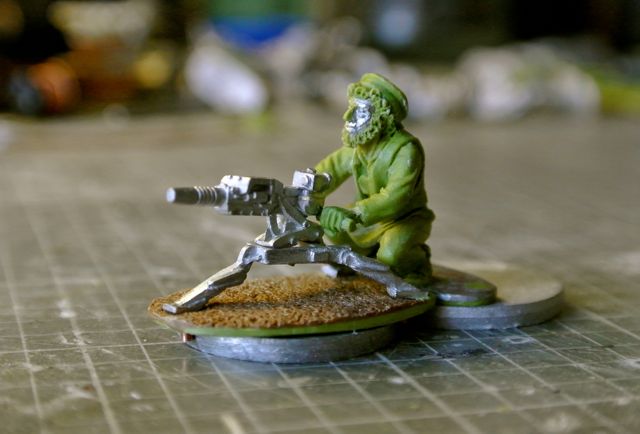 Here is a shot of the completed weapon and gunner. 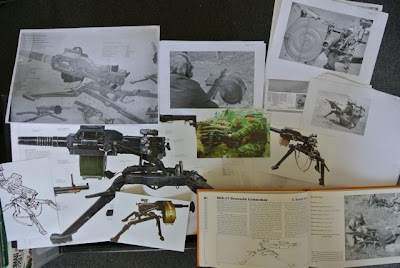 I had some really solid photos and stats in books, and as usual found plenty of useful stuff online.

The weapon was built around a core of copper wire, and initially the tripod was affixed to the base. I couldn't talk Nic into casting the tripod and base as one piece, so ended up popping the completed tripod off the base (....tricky!) and got the Playma and it's tripod cast up, enabling me to work out a viable way of mating it to the base.

Here's the gunner being worked-up. Eventually I would need to cut him in half so that he could be cast, just the job for a brand new razor-saw that I had in my toolbox. 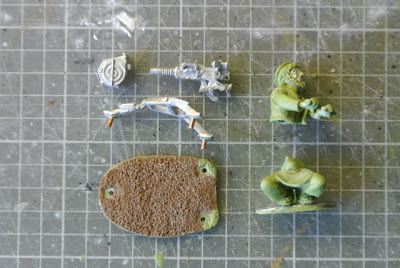 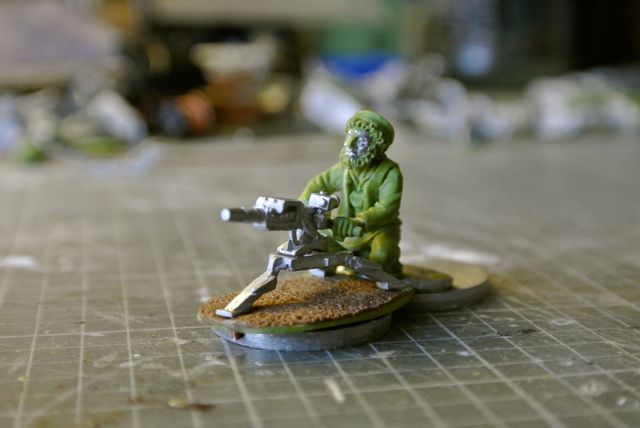 After plenty of fiddling about, all the pieces came together. I used one of the heads from my original      Afghans but gave him a rhinoplasty. It's really satisfying now the Playma is done! This means that the  suite of Soviet support weapons for the Eureka moderns is just about complete, plus I can add this weapon to other sets to round out their heavy support.