This is the second group of SEALs that I have sculpted for Eureka Miniatures, this time equipped with GPNVG-18 night-vision goggles and suppressed HK416 Assault Rifles.

I thought that the four prominent tubes were a great opportunity to try painting some gem-style lenses. There are four figures, and this time the heads are separate to facilitate the casting of the NVG's. One figure carries a compact breaching kit with telescoping tools. 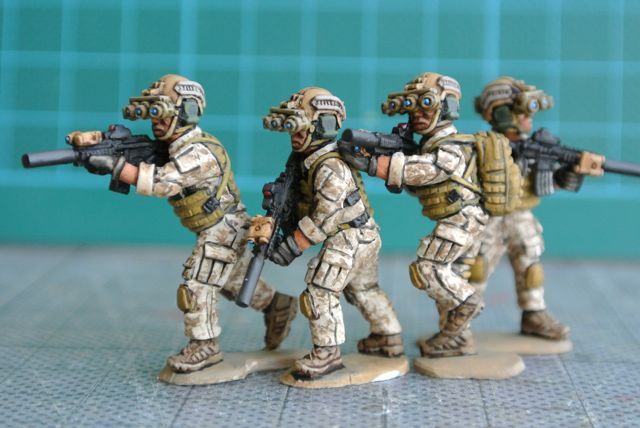 I've also designed the figures so that they can be grouped closely together to form a 'stack', which is something that I've wanted to do with a group of figures since I starting sculpting moderns. The stack formation is used in urban warfare when entering or breaching a room in order to get as many shooters into a room in as short a time as possible. 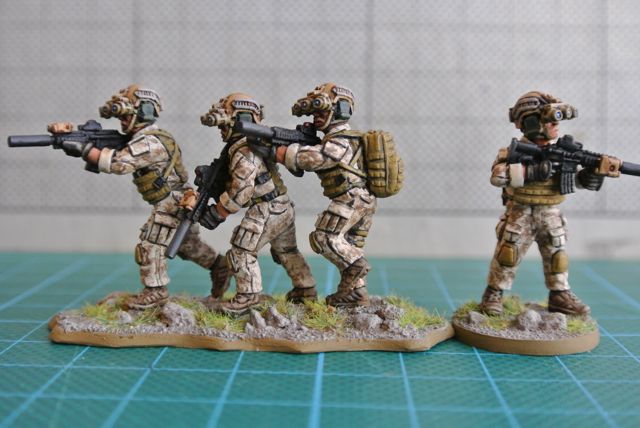 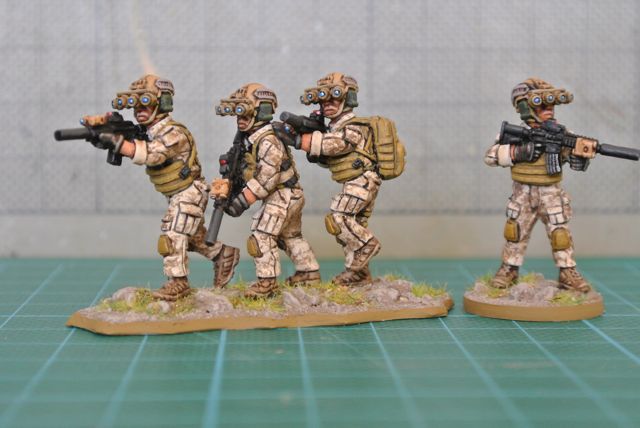 I've based them as a stack here just for something different, though of course each figure works just as well on its own. 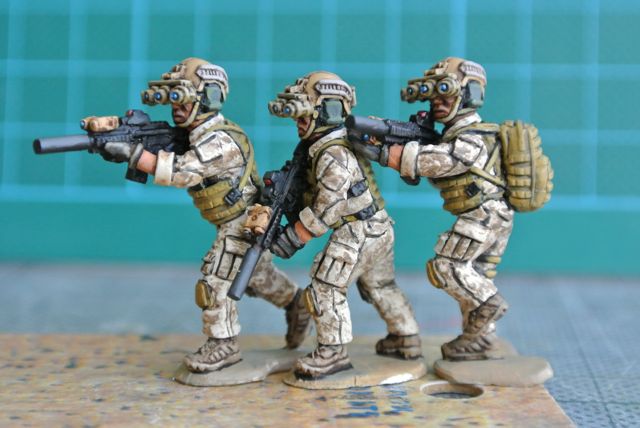 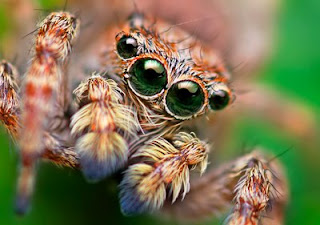