The Rhodesian African Rifles (RAR) was one of the key government units of the Rhodesian Bush War. Operating in the Fireforce role, troops could be both heli- and par-borne in their actions against ZIPRA and ZANLA insurgents.

Here are the first eight figures in what will eventually be set of thirteen, made up of three 'sticks' of four plus a European officer.
Those attending Salute in the UK will have the opportunity to pick up a set from the Eureka Miniatures stand where Nic Robson will have a limited number of sets available.

I would very much like to thank military and aviation artist John Wynne Hopkins for sharing both his photos and  his generous advice. John Wynne Hopkins served in 3 platoon (Simanjemanje), Acoy 1 RAR and was the last European Adjutant in the Battalion. The miniatures are much more accurate thanks to John's help.
You can also check out John's wargaming blog here. 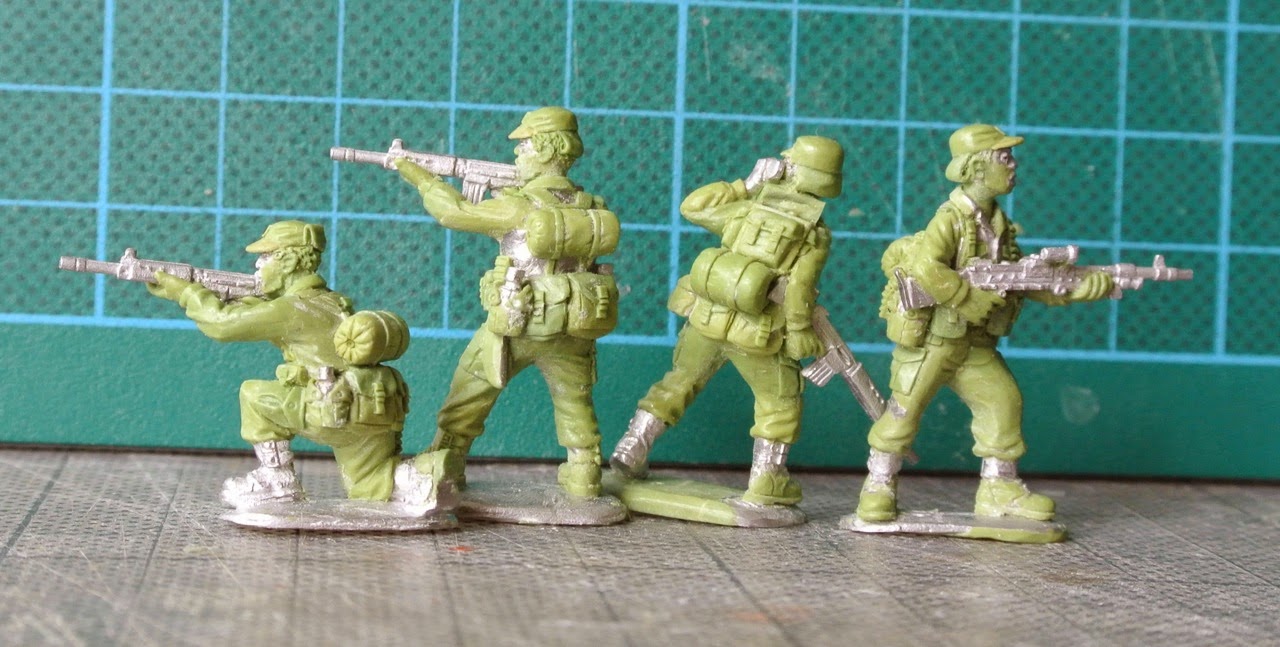 These figures have been much anticipated so thanks everybody for your patience!

With Eureka Miniatures head-honcho Nic Robson heading for Salute in the UK this month, I needed to dust off my brushes and get some painted figures ready for the Eureka stand.
Here are some shots that I took in today's overcast Melbourne light, and a first look at some Soviet tank-crew wearing gas masks, inspired by a certain late '80s war film. 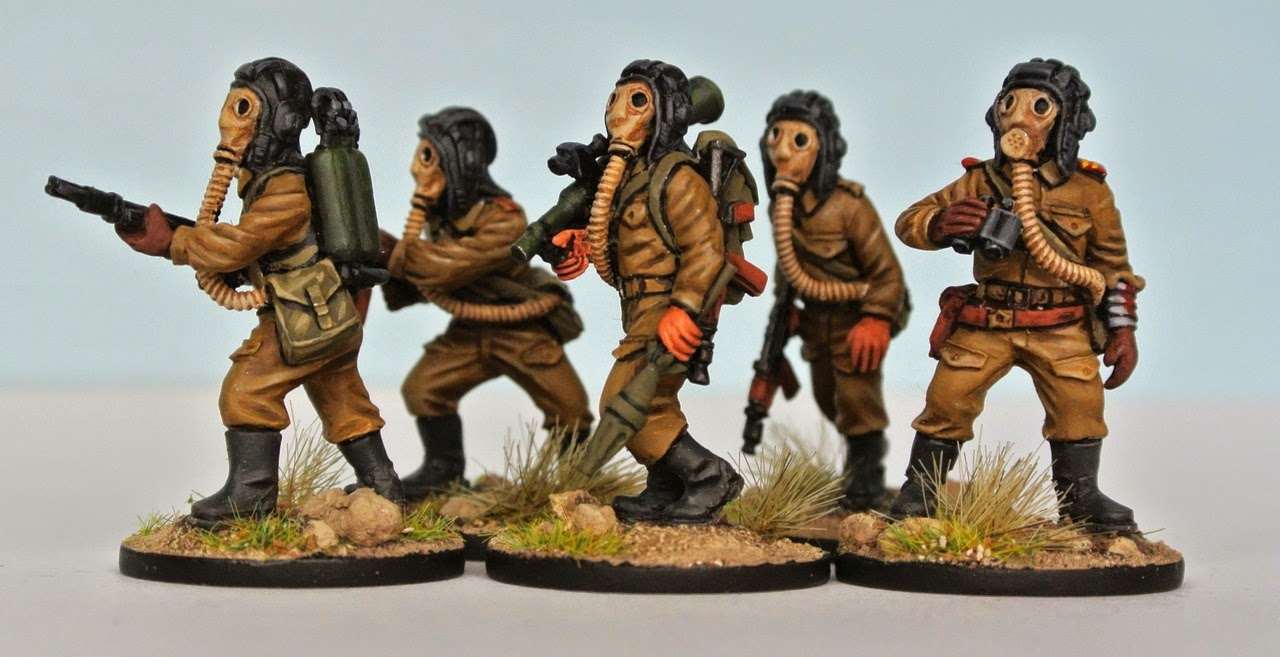 The Crew of the Beast
The figures mostly carry the shortened AK-74 which is confusingly called either the AK-74su or the AKS-74u, rather than the AKM rifles carried in the film.  I had already made an LPO-50 flamethrower for Eureka's chemical warfare Sovs, and since one is seen on screen this was a great opportunity to tool up one if the figures with this unlikely weapon. Also worth mentioning is that the Ti-67 tank carries a crew of four, rather than the five dudes who emerge from the tank in the movie.

Soviet Motorised Infantry paints used.
I have to confess that I have a total chaos system for painting figures - I mix up colours as I need them or to match reference, and often lose track of which colours have been used. I have in the last few years started to keep notes of colour combos to make life easier for myself.