First set of mid-1980's Soviet soldiers have been completed and cast. These have been in the planning and pre-production stage for months and are the start of a major new range.

These Motorised Infantry wear the lightweight 'KLMK' camouflage suit and are kitted out with 6B-2 body armour. I wanted a pretty uniform appearance for this group and all wear the old fashioned marching boots. The (then) latest Kalashnikov, the AK-74, is carried along with the RPD-74, SVD sniper rifle and RPG-7. A soldier with an underslung grenade-launcher equipped AK-74 is also represented. 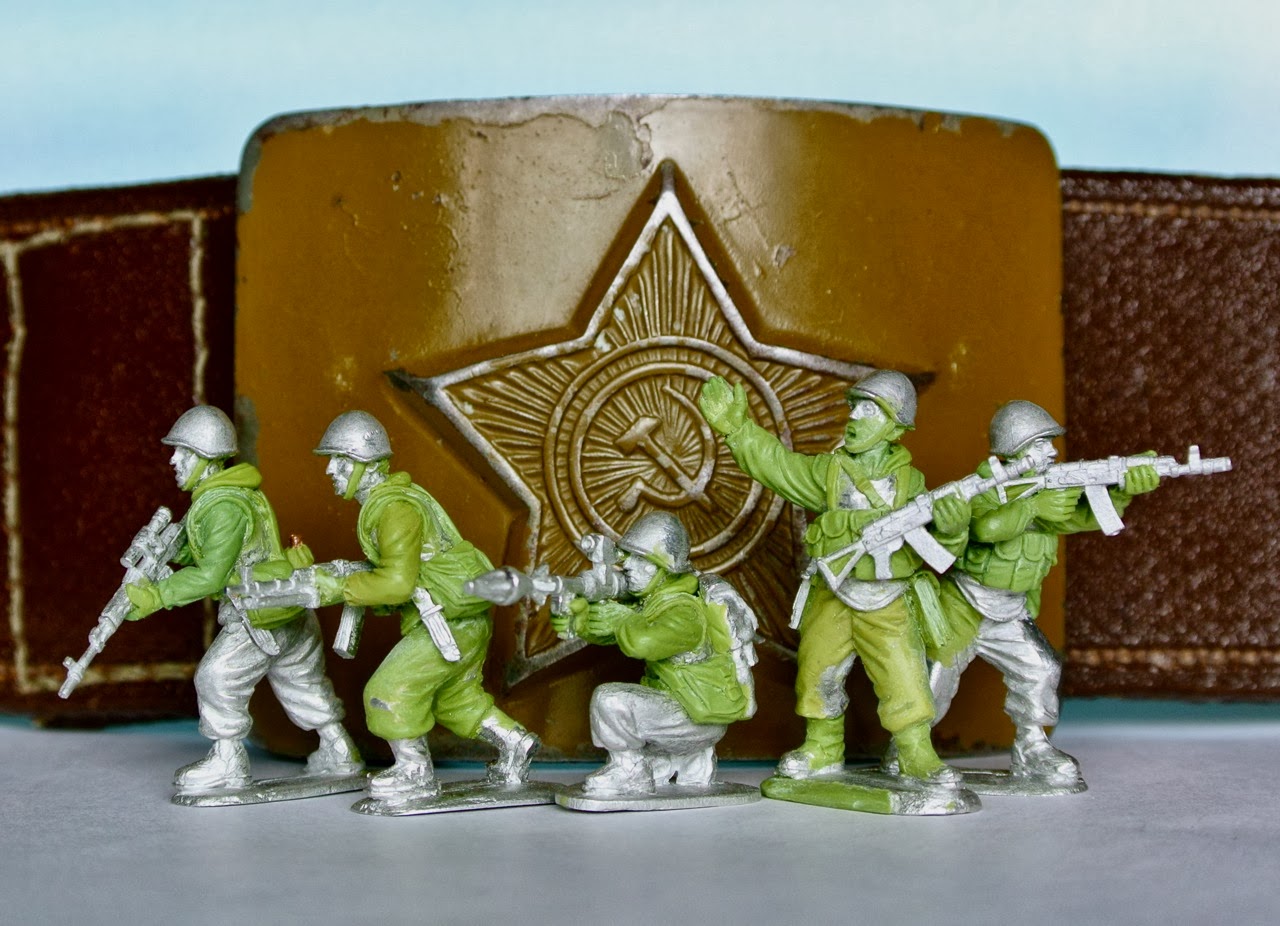 The Red Army belt in the above photo is a gift that a friend of Eureka Miniatures brought back from Afghanistan for me.

It can be seen that many of the figures are depicted carrying their spare magazines in Chi-com style chest-rigs. The Soviets were never shy about adopting successful items from their enemies and by the mid/late period of the Soviet-Afghan war Soviet-produced chest-rigs, as well as those taken from the Afghan guerillas were being used.

I have a very busy 2014 planned, both plugging some gaps in the existing Eureka Miniatures modern ranges and forging ahead with the Soviets.