These six Afghan National Police (ANP) are hot out of the mould and I couldn't resist getting some paint on them. They are actually pre-production castings and the final figures will have one or two slight differences, like an ammo backpack for the RPG guy.

Another six ANP wearing kevlar helmets, are on my workbench. 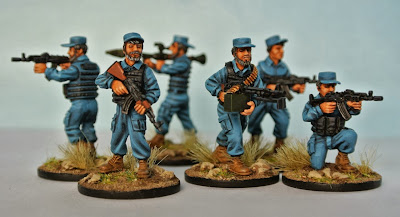 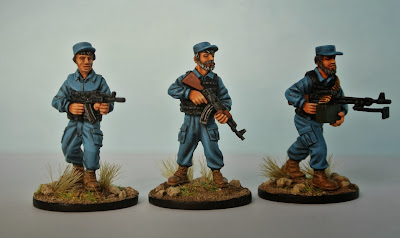 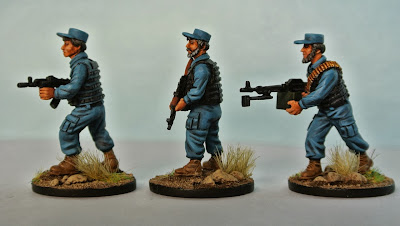 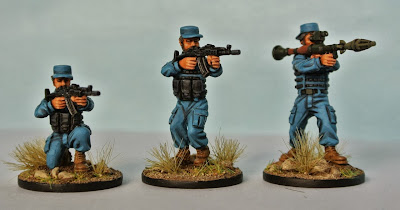 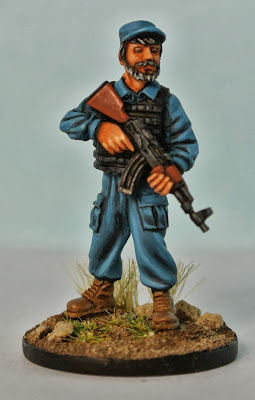 To say that the ANP aren't the most glamorous combatants in the world today is a massive understatement. Be that as it may, they are very much under (or un)represented in miniature, and so are an important addition to the range.

As usual, these 28mm figures will be available from Eureka Miniatures.