Some shots of the three paratrooper sections plus some small vehicles. These figures are all from AB Figures and are sculpted by the amazing Anthony Barton. I've painted them to represent Luftwaffe troops in tropical uniform, with a mix of 'early pattern' and 'second pattern' jump smocks.

I debated whether to mix in some Field Grey trousers in amongst all the tan, but in the end decided not to. The Luftwaffe tropical pants have a large map pocket on the upper left thigh, but since this area is covered by the jump-smock 'legs' on the figures I have not needed to add it on any of the figures except the officer. 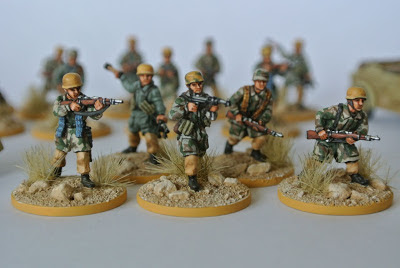 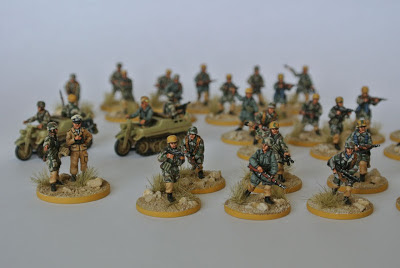 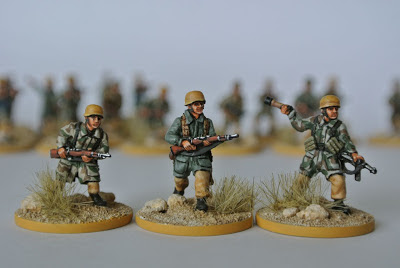 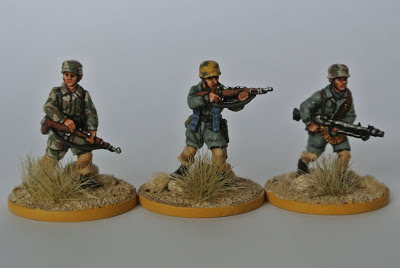 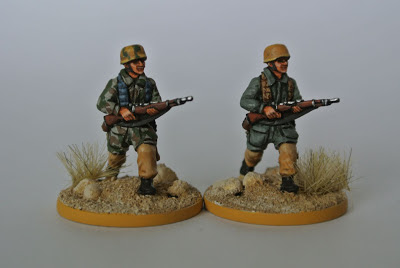 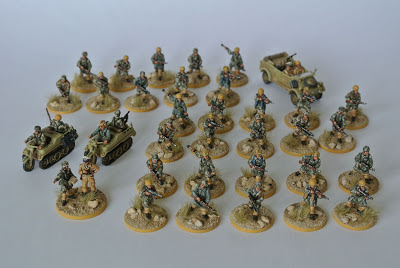 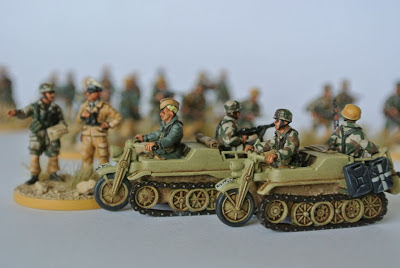 I needed to convert some figures to crew-up the Kettenkrads, and both of the guys in the Kubelwagon have head swaps. The little Kettenkrad models are from Hasegawa and Academy. The Kubelwagon is also a Hasegawa kit. 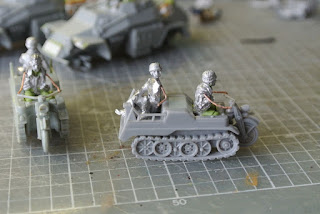 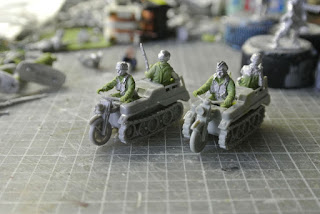 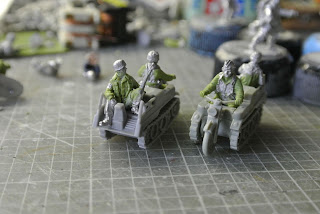 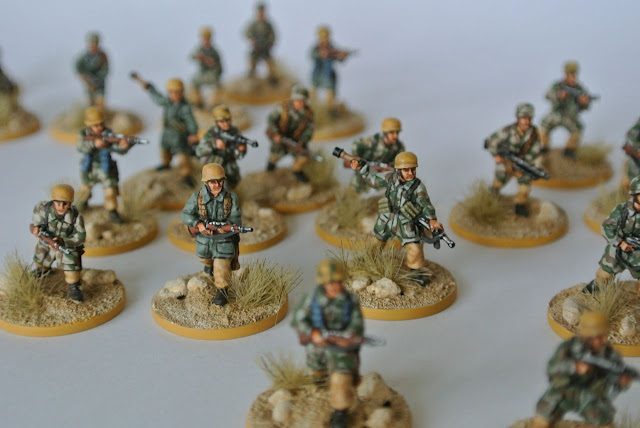 That's all folks! Bye for now and thank you to everyone reading and following my blog.