Last week I resurrected this Airfix 1/72 Bristol Bulldog model and it feels great to have done so! 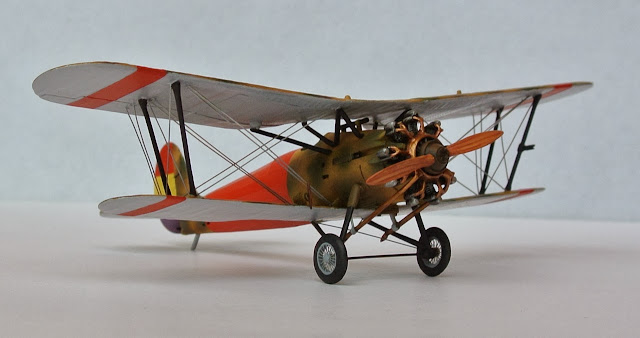 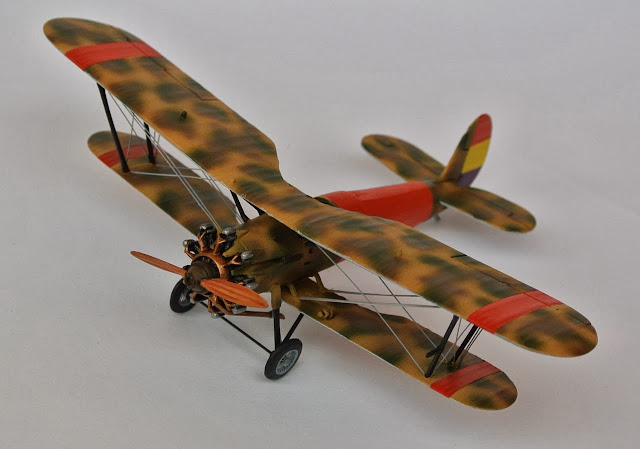 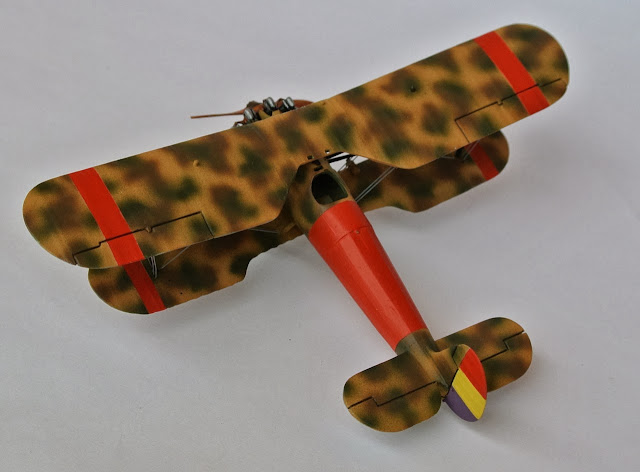 The colours are of a Bristol Bulldog serving with Republican forces during the Spanish Civil War.

I originally intended to complete the model as a simple wargaming piece but things got out of hand when I added rigging and reproduced the spoked wheels using photo etched brass. The rigging is done with thin copper wire and while it certainly is a little too thick I'm happy with the result. I also added a ring of bolts to the front spinner. 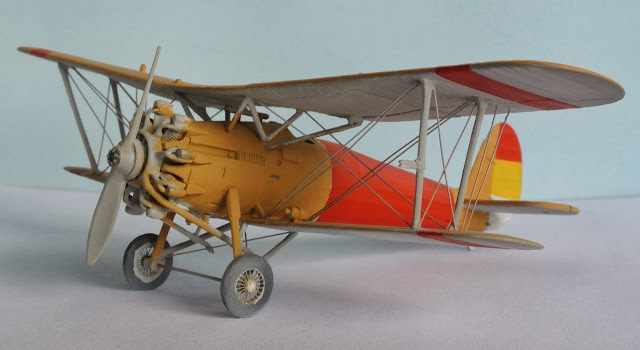 The photo above shows how the model looked up until last week. I had a nice colour profile to work from showing a heavy green and brown mottling over a sandy base so I fired up the airbrush and finally tackled the camouflage. There is still some neatening up and re-touching to do, plus a small numeral to add to the tail. I need to dig out the transparent part for the windscreen and glue that on too. 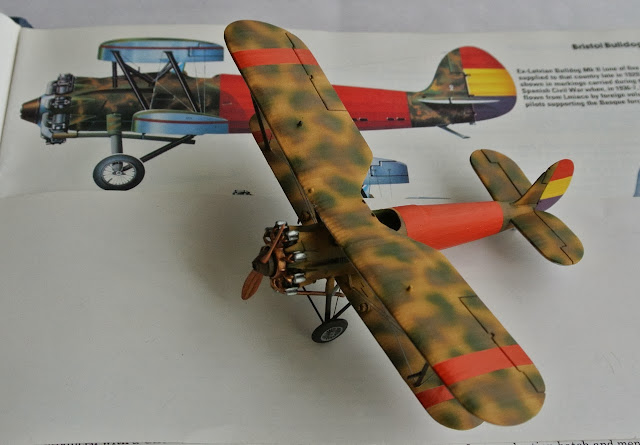 Heck it's only a small scale biplane fighter and I've completed loads of projects while it sat unfinished. Nonetheless the Bulldog seemed symptomatic of my common modeller's habit of starting and not finishing projects, so when it began to interest me again I knew that I had to take steps.