I haven't made a figure of a woman for a long time. This sculpt is the second female Rocketeer for Eureka's Pulp Second World War series (at the moment consisting of the 'Dogface' G.I.'s and the Jurassic Reich Nazis on dinosaurs). I will likely re-head the figure with a finned flight helmet once its been cast but very much wanted to see how she would look in a side cap showing off her hair. 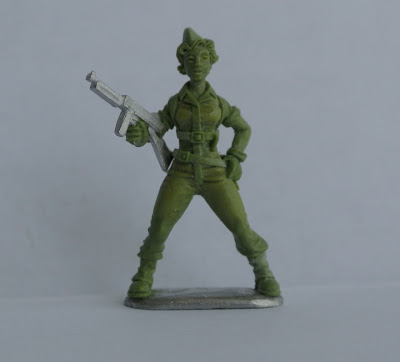 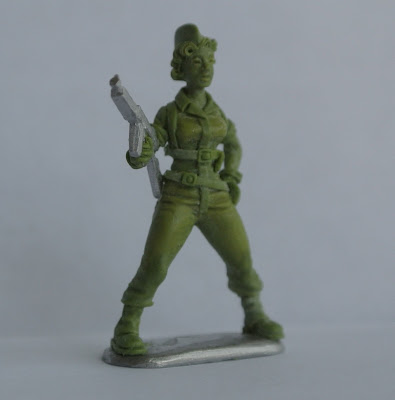 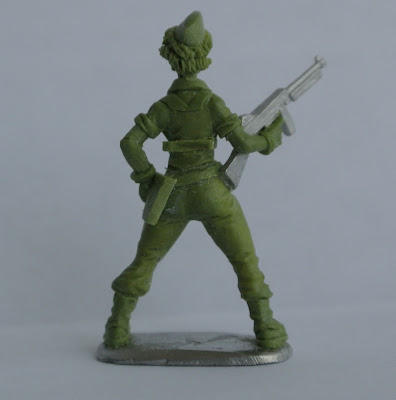 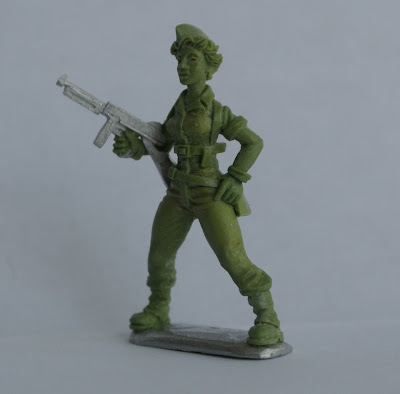 The rocket pack is a separate piece and has been left off in these photos. This figure has been loads of fun to sculpt. I'm looking forward completing the set.