I can't believe that it was back in January that I posted photos of the first set of 1980s Sov troops.
The year has flown by, but here is the follow-up set, wearing the Soviet tropical hat - a very popular item of headgear for Soviet troops in Afghanistan.

These figures also represent Motorised Infantry, so their kit is otherwise identical to the first bunch - body armour, marching boots and chi-com style chest rigs, though some have belts and Y-straps. 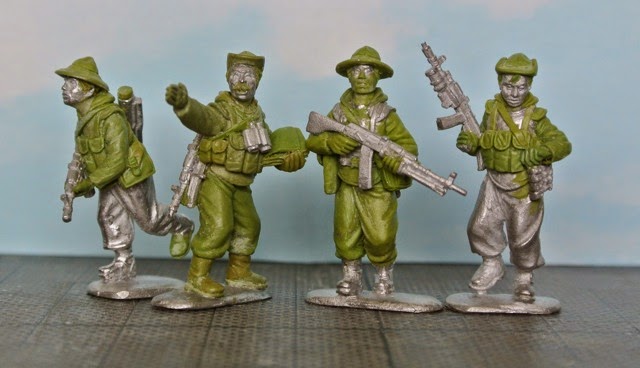 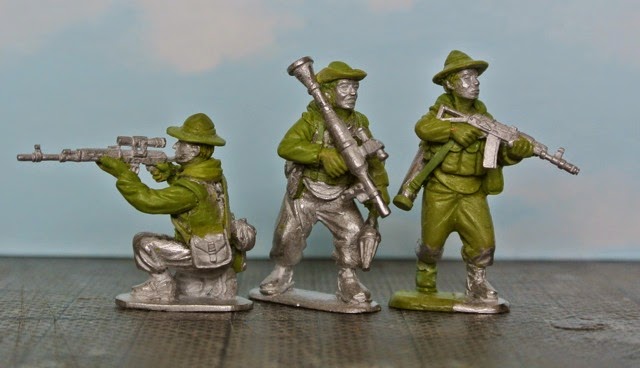 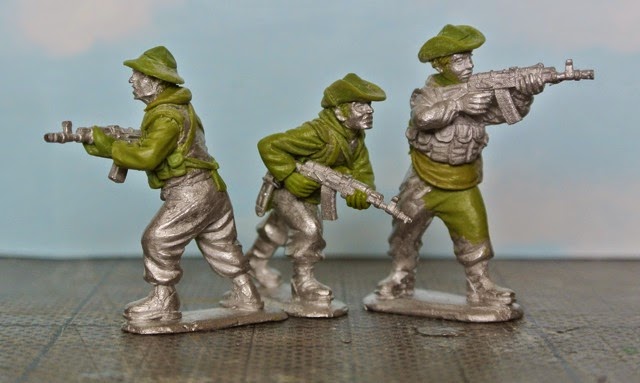 These guys have not been dropped off at Eureka for the mould-making process yet; I still need to add some red stars to their hats and recite some spells over them, but they're nearly there.

I'm thinking the heavy weapons crews will be next, but that will have to wait 'til next year.