This project was inspired by a photograph, but while undertaking the sculpting work for the sixteen figures that I needed, it became clear that I'd also, by chance or design, explored a notion outlined in the classic  'How to build Dioramas' by the late Shep Paine.

In the book, the author and master model-maker talks about highlighting a vehicle's unusual feature as a way to create interest and illustrate a point about a particular vehicle. 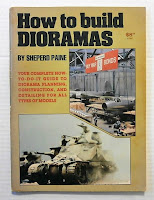 The A7V tank had an official crew of eighteen men, sometimes up to twenty-two would be carried into combat. So... the unusual feature of the tank was it's massive crew, and what better way to display this features than an image of the crew around their vehicle?

I work as a sculptor of wargaming figures, but even so, sculpting (and eventually painting) the sixteen figures was a huge undertaking. I sculpted them in groups four to keep the project manageable.

I'm extremely excited to reveal the unpainted figures here for the first time. The images.... 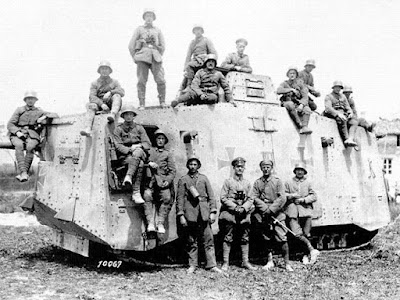 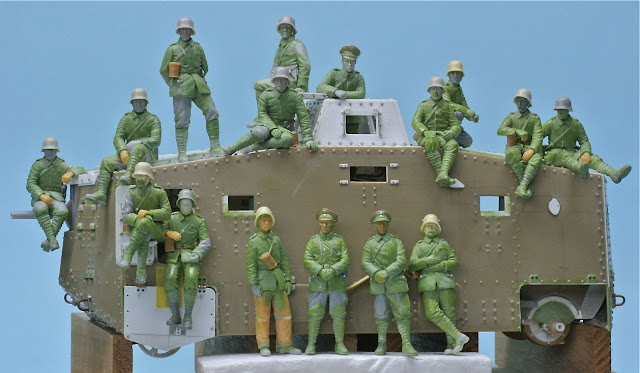 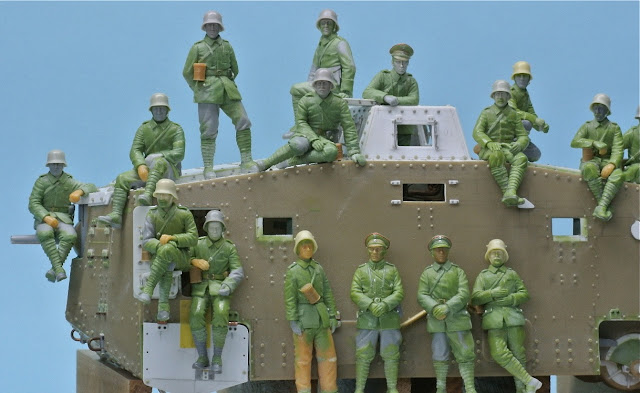 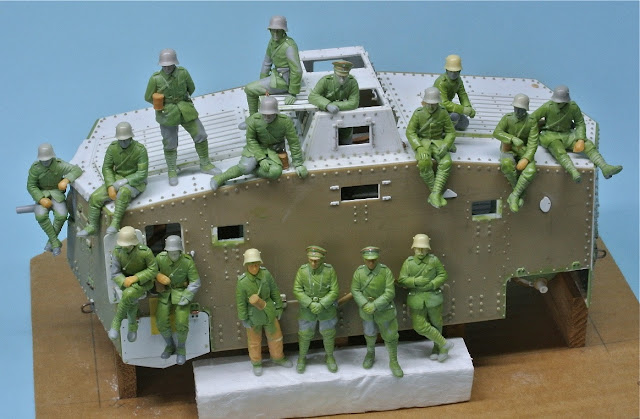 Below is the first group that I worked on.
Resin heads from Hornet were crucial for this project. However, their M18 Steel Helmet set only contains five heads, so to avoid duplication of faces plastic heads were also used.

Some figures, such as the first on the left, have a Hornet helmet atop a plastic head.

Second from the left is the tank commander, Leutnant Goldmann, according to my reference.
Figures with peaked caps needed round cockades. These were punched out of lead foil and an indentation was then pushed into the centre with a pin. The piping around the brim was made from super thin copper wire, salvaged from an electrical coil.

Rather than building the figures over a wire armature, commercial plastic parts were used as much as possible in their construction, mostly from Dragon. Older Dragon bits are easy to spot in orange plastic. 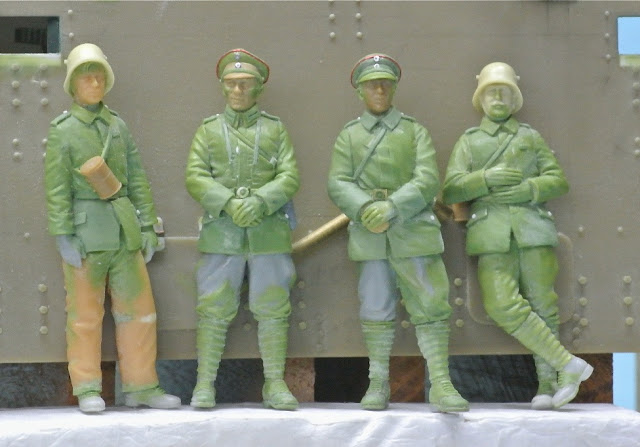 Sometimes I got lucky and could use an arm or leg almost stock, but usually all the detail was ground off and I had to sculpt all the folds and drapery. Even the boots received attention, I re-sculpted all the laces, and added hobnails on the soles using a jewellers beading tool.
One of my aims was to ensure the figures sat securely and comfortably on the tank, with no unsightly gaps where they interact with the vehicle. 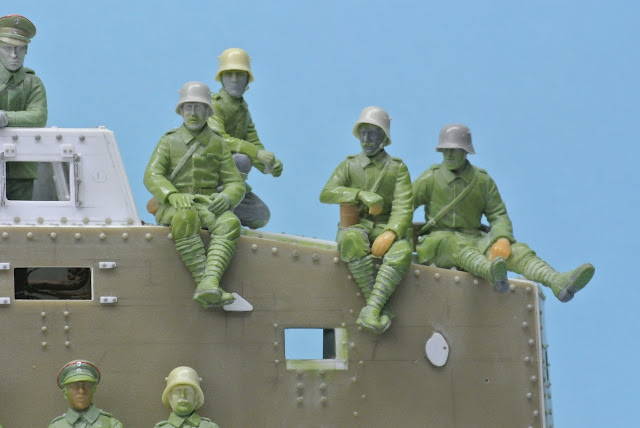 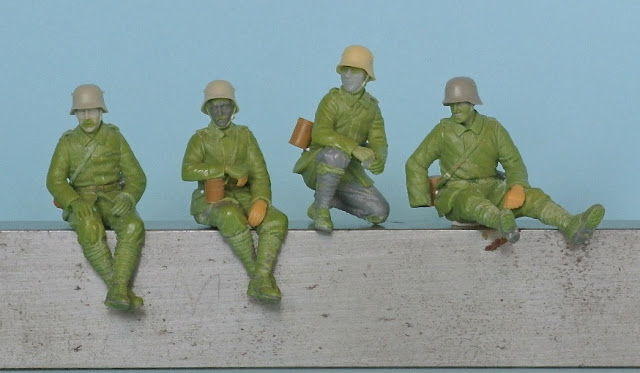 Figures such as the one below resting his foot on the open door presented an extra challenge, as more   points of contact with the tank require constant checking to ensure a natural sit. 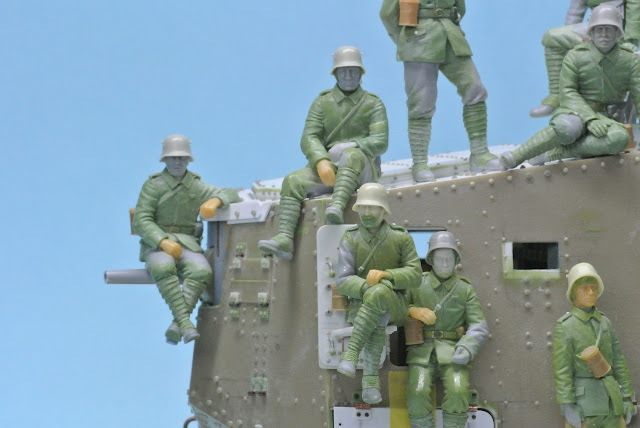 The standing figure, man seated on hatch, man sitting and resting his hand on the tank and man with peaked cap in the hatch were the final figures sculpted.
All sixteen figures wear the simplified late war 'bluse'. Buttons on pockets and shoulder straps were made from punched-out plastic, and all buckles on the pistol holsters and straps were made from tiny squares of plastic, with a small putty blob in the centre. 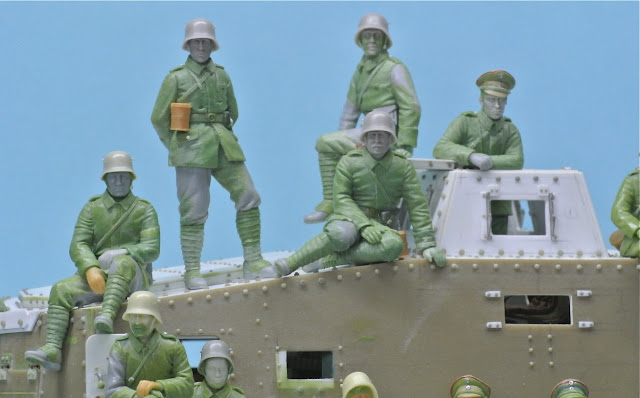 So there you have it. I took a bunch of 'in progress' shots of these figures which I may post in the future, but I'll leave it at that for now.